On Friday 1st September 2017 the Old Wulfrunians Club at Castlecroft is celebratng the
50th anniversary of the opening of their clubhouse. Established in 1951 the original
members met in rented rooms above Barclays Bank in Queen Square, Wolverhampton. They eventually managed to commission a new purpose built clubhouse on the
sports ground owned by Old Wulfrunians, opening on 1st September 1967. 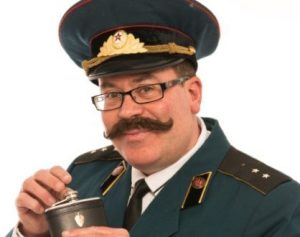 Meet Boris Nicoli, ex KGB agent, he will be your host for an evening of laughter at the Old Wulfs Beer Festival.
Get in early for a seat and enjoy a night of three, YES THREE (!) comedy acts. Boris will host and boggle your minds for the evening with his unique comedy! We will be stocking up on the vodka for this one!

Witness the impossible. “How the hell did he do that?” – Model Sophie Anderton,

Join the whoopee. “Boris interacts with almost every member of the audience, creating a real sense of comradery” – Pieter Colpaert, Theatre Critic –

After the Cold War finished , what else could he do but join the entertainment biz.

“One of the most naturally hysterical and gifted comedians in recent memory” – Joe Lycett
Lindsey Santoro hails from Birmingham (but don’t hold that against her). She recounts tales of her misadventures in life, all in her trademark down to earth, side-splitting style.

Masai Graham
A comedian from West Bromwich has won this year’s Funniest Joke of the Fringe Award, hosted by TV network Dave. Stand-up comic Masai Graham has bagged the annual award, joining the ranks of previous winners such as Tim Vine, Rob Auton and Nick Helm.

The comedian, who calls himself “General Punochet”, was previously named the UK’s “Pun Champion” after winning a tournament hosted by Lee Nelson at the Leicester Comedy Festival in February.

Once again we will be hosting our annual beer festival and hope you all join us for a great selection of ales and lots of entertainment and good food.

Friday 26th kicks off with a Gary Barlow tribute night. Stu Clements will perform some of Gary Barlow and Take That’s greatest hits. This is a ticket event so get yours quick. The bar will be open as usual for you to enjoy the beers and catch up with friends.

Saturday 27th has us letting our hair down to music by rock band One For The Road.

Sunday 28th Cricket chaos as the Oldies Vs the Youth of Today! Later, be prepared to laugh your socks off with our comedy night. 3 fantastic comedians will guarentee a great night.

Our opening hours are as usual unless otherwise stated. Follow Old Wulfrunians Sports and Social Club for updates on facebook here.

This years New Years Eve Party has a Bond theme. So whether you fancy dressing up all Casino Royale or as a Bond villain, the choice is yours. We will have roulette and poker in our snooker room as well as music, dancing and karaoke in the function room. You’ll be shaken not stirred by our fab choice of cocktails and for those with a bit of Shirley Bassey about them you can belt out a few bond tunes on the karaoke. This isn’t just For Your Eyes Only, please share and help us see in the New Year is style!

6.30pm Lighting of the bonfire 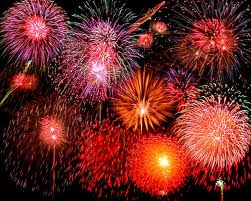 There will also be kids entertainment in the club after the display with balloon modelling and music from our DJ.

We will also be drawing the winners of our Annual Raffle with fab prizes to be won.

All this as well as an outdoor bar, cask ales, hot cider, sparklers, glow sticks, a BBQ, sweets and pop.

All you need for a wonderful family night out.

Entry Prices Adults £3 each Children £2 each

There will be 14 cask ales available all weekend (while stocks last) as well as two real ciders. Ales and ciders from far and wide as well as some local favourites.

Monday 30th 12 midday opening.
Old Wulfrunians Family fun and Open Day. Pop along for taster sessions from the local clubs based at Old Wulfrunians Club. From Art to Zumba there is a chance throughout the day to take part or simply see what we are about. With a bouncy castle and special guest visitors, the Woodford ponies. You can pop along and meet Penelope and Prudence, the miniature Shetland ponies rescued from a harsh existence and now getting lots of fuss from the Woodford Riding School in Wombourne. A BBQ from 5.30 provided again by OWTCC. 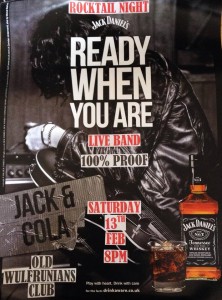 A great night of cocktails sponsored by Jack Daniels, guest cask ales and a guest lager.

Mocktails for the designated drivers and hours of fab live music.

All welcome. Free entry, although a donations bucket will do the rounds!

Don’t miss a great night out!!